MeetingsMeetings are open to the public and will be held on Google Meet for the foreseeable future. The link is posted on the CCPS calendar and will begin at 5:00pm. Minutes of meetings are available for review 10 days after the meeting has taken place.  Meeting minutes are kept both electronically and in a binder in the administrative offices at the Jefferson campus.  Meeting minutes are posted on the web page after they have been approved in the next month's meeting by the full council. 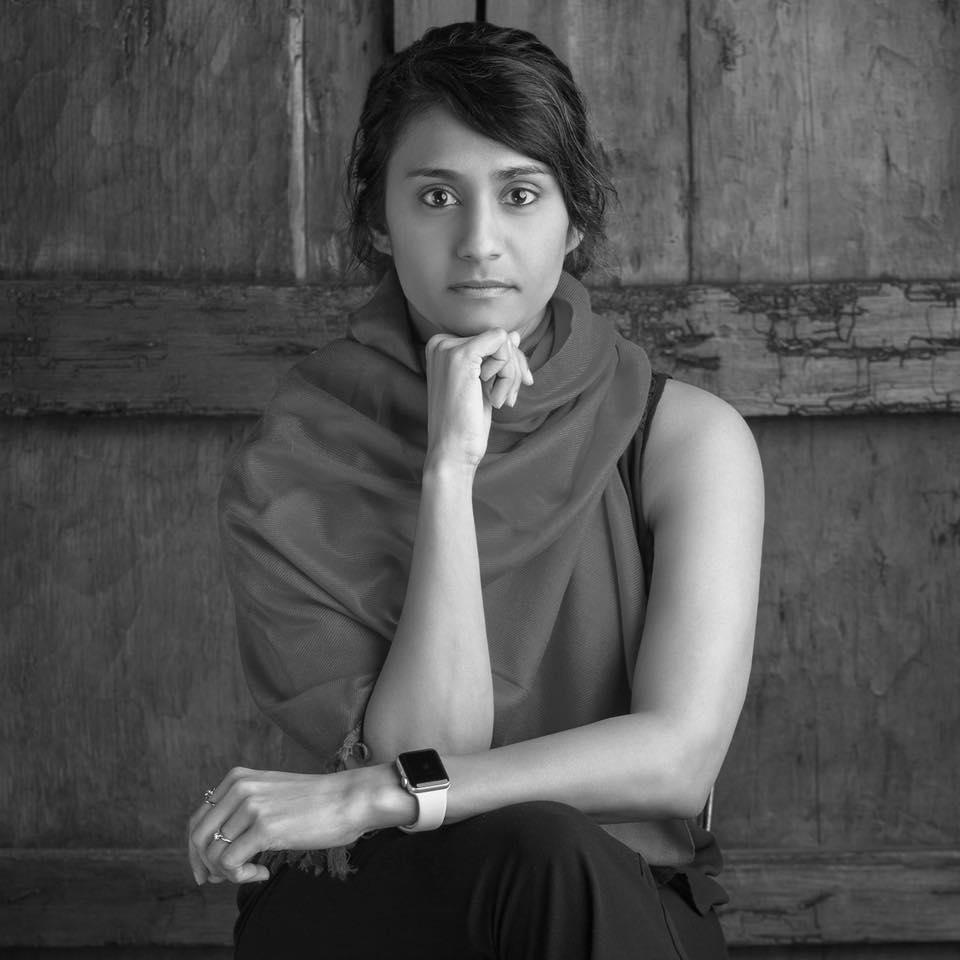 Rathi was born in India, grew up in Hong Kong and moved to Albuquerque in 2014. She completed her degree in Architecture at Rice University in Houston, Texas. She has worked in Architecture offices around the world, including Hong Kong, Paris, New York and New Mexico. Rathi is Partner + CEO of UKUU Creative, a new design firm in Albuquerque. She has traveled to 20+ countries and is passionate about immersing herself in different cultures. She is fluent in English, Tamil and Mandarin Chinese. She also speaks French, Hindi and Cantonese Chinese. Rathi brings experience in architectural design, programming, planning, and construction. She also enjoys building strategic partnerships in the community. She has worked on the design and construction of school buildings across the state and is deeply committed to the continuous growth and improvement of educational institutions in New Mexico. Her international background makes her particularly driven to work with CCPS’s mission for children to be “internationally-minded lifelong learners who are inspired to improve themselves and shape a more peaceful world”

Yuri currently works as the Executive Director of Global Ties ABQ. Global Ties ABQ is a non-profit organization who brings more than 400 international emergent leaders to the City of Albuquerque through the U.S. Department of State Diplomacy Programs. Prior to that role, she was the International Markets and Tourism Director at the Albuquerque Hispano Chamber of Commerce’ Convention & Tourism Department.

Yuri was born and raised in Cuernavaca, Morelos, Mexico and has lived in Albuquerque since 2006. Yuri earned a Bachelor’s Degree focusing in International Affairs from the Universidad Internacional (UNINTER) located in Cuernavaca, Morelos, Mexico. She arrived to Albuquerque as an International Student and earned her Master’s Degree in Public Administration from the University of New Mexico. She currently serves as a member on several different boards.

The Albuquerque Balloon Museum Foundation allows her the opportunity to keep showcasing the beauty of our city to international visitors. She is a Founding Director and Vice President for Government Affairs to the US-Mexico & Latin America Chamber of Commerce.  She sits on the eVOLV Strong Corporate Board promoting health and wellness in the US and Mexico, and most recently, joined the Cottonwood Classical Preparatory School Governing Council. 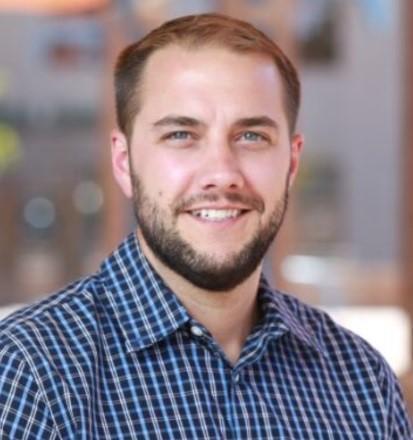 Andrew Bundy was brought on to the Cottonwood Classical Governing Council in the Spring of 2018. He is currently the manager of a data and analytics team for Presbyterian Health Plan, and has prior experience in the areas of Enterprise Risk Management, Strategic Planning, Compliance, and Government Consulting. He received his B.S. in Management Information Systems from Oklahoma State University, and his Masters in Business Administration from the University of New Mexico. Andrew’s current and prior roles have given him a solid foundation in how organizations operate and plan for the long term. His experience also has impressed upon him the need for data-driven decision making and how important it is to collaborate with others in order to achieve success. As a father of two elementary-aged children, Andrew is a firm believer that high-quality education for all students is critical to improving our community, and he is excited to bring this outlook to the Governing Council.

Wesley Burghardt was born and raised in Alamogordo, New Mexico. He graduated from New Mexico State University with his Masters of Accountancy degree in 2011. Wesley is an Audit Manager with KPMG LLP, where he focuses on real estate and federal audits. Wesley is also actively involved in instructing courses for KPMG employees as part of his role, including courses on effective use of data and analytics. Wesley received his CPA license from the state of New Mexico

in 2013.  Prior to moving to Albuquerque, Wesley worked for the College of Agriculture at New Mexico State University in Las Cruces, NM, working closely with state funded programs.  Wesley is excited for the opportunity to serve Cottonwood and to support to growth of our future leaders!

Louis is one of the parent members of Cottonwood Classical Preparatory School’s Governing Council.  He and his wife Brenda have three sons and have been part of the Cottonwood family since 2011. Louis works at Sandia National Laboratories in the areas of Business and Organizational Development and has more than a decade of experience in higher education.  Louis currently holds an adjunct faculty position with Lewis University where he teaches undergraduate, graduate, and online courses in Human Resources, Business and Organizational Leadership and Development. Louis has also served as board president and been an active member of several private school organizations. 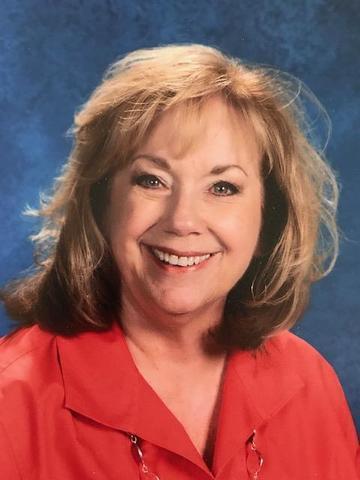 Susan joined the CCPS Governance Council in Feb. 2019.  She is a recently retired Albuquerque Public School administrator.  During her 26 year career she served as a high school teacher for 8 years, high school Assistant Principal for 2 years and a middle school Principal for 16 years.  She brings a body of knowledge and expertise from her career in education in the following areas: prioritizing programs and curriculum development to serve a diverse student population, recruitment practices that support diversity and a successful transition to middle school, development of a culture focused on teamwork, trust and collaboration, responsibilities for all aspects of staffing and school personnel,  preparation and fiscal management of a multi-million dollar budget, community relations and outreach, and served in various leadership roles within APS.  In retirement Susan’s intention is to continue to serve in the education arena and support the continuous improvement of education to ensure that all students have the opportunity to reach their potential and become mindful individuals who are productive members of our global community. “The function of education is to teach one to think intensively and to think critically.  Intelligence plus character-that is the goal of true education.”  Martin Luther King Jr.

Currently a programmatic developer and team lead at Sandia National Labs, Connor works to develop programs that can see unique and novel technologies come to fruition. He writes proposals for unique technologies and then interface with both internal and external groups to present and discuss funding potential, the expertise of the team we are forming, and help form the vision for the next five years of Sandia Labs’ navigation research focus. Connor was a member of the second graduating class of Cottonwood Classical Preparatory School, and the school’s first IB diploma graduate. He was a student during the pivotally constructive years of the school’s culture, the development of the school’s unique application of the Paideia method, and the first IB curriculum courses. Over the many years since leaving Cottonwood, he has returned numerous times— often in his capacity as first a college student and then a young professional—in hopes of providing his experiences on the value of a Cottonwood education (a liberal arts-focused education) in the context of the STEM fields. Connor cares deeply about CCPS's progress moving forward.

Rahni was born in Kansas City Missouri and moved to Albuquerque in 2015 where she began her career at Sandia National Laboratories. Working as a technical business development specialist, Rahni is responsible for identifying synergies and creating relationships between Sandia and universities to enhance research and build the talent pipeline. Rahni has a passion for diversity and inclusion, specifically around minority serving institutions. Rahni is actively involved in helping minority students who want to pursue a degree in STEM and is a member of Alpha Kappa Alpha Sorority Incorporated.  Rahni is excited and privileged to be serving on the governing council to help further integrate inclusion and diversity principles in the CCPS mission. She received her bachelor’s degree From Prairie View A&M University in Marketing and a Masters of Business of Administration from the University of New Mexico.

Emily graduated with her Masters of Accountancy in Information Assurance from the University of New Mexico in 2017. After graduating from UNM, she received her CPA license from the state of New Mexico and became a Certified Fraud Examiner. Emily is currently an Audit Manager with CLA LLP, where she specializes in financial and compliance audits of public sector government clients. Emily’s current and prior roles have given her the foundation in how organization can develop effective internal controls over their financial operations. During her time in public accounting, she has worked with various state entities to examine and evaluate both federal and state compliance audit requirements. Emily is excited and grateful for the opportunity to serve on the governing council!